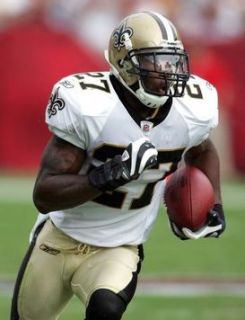 The road to Super Bowl XLV (February 6 in Arlington, Texas) begins tonight as the 91st season of the National Football League kicks off. For the seventh consecutive season, the Super Bowl champion will open the slate as the champion New Orleans Saints host the Minnesota Vikings in a rematch of last year’s thrilling NFC Championship game (Sept. 9 at 8:30 p.m. ET on NBC).

The game will mark the official kickoff of America’s favorite sport including a concert by Grammy Winners and fireworks.  And trust me….all of the hoopla is definitely worth it as Week 1 of the NFL season is almost at the level of most United States’ holidays.  Football fans everywhere have waited months to quench their thirst for “real” NFL game action since the Super Bowl in February and now it is finally here.

The first game of the 2010 NFL Season features two of the NFL’s best passers, Saints QB Drew Brees and Vikings QB Brett Favre squaring off in a highly anticipated game. I am sure the “Who Dat” Nation” will pack the Superdome – expected crowd of 71,000 – to see the rematch of last year’s NFC Championship Game.  In that game, the Saints’ won a hard fought battle 31-28 in overtime on a 40-yard game-winning field goal by kicker Garrett Hartley.   Though the Championship Game was an “Instant Classic”, the great ending helped you forget some earlier sloppy play.  There were 9 fumbles (4 lost) and 2 interceptions between both teams including five turnovers by the Vikings.

But after an offseason of the Saints basking their Super Bowl glory and the Vikings finally learning that future Hall of Fame quarterback was indeed coming back, everything starts anew with the scoreboard reading 0-0.  Though both teams have had some injuries, additions, and defections since last January’s meeting, pretty much their nucleuses and plan of attack should remain the same.  You should expect a ton of scoring as both teams were the NFL’s Top-2 scoring teams last year.  Though the quarterbacks are the marquee players, I do believe the team that can run the ball more effectively and gets the most defensive pressure is going to win this game.

The Vikings are more than just Favre (363-531, 4202 yards, 33 TDs, 7 INTs, and a rating of 107.2 – best QB rating of his career) but the 40-year old grandfather/passer may have to take on a larger load as injuries have been tough on the Vikes this offseason.  Their biggest offensive loss has to be Pro Bowl WR Sidney Rice, who is expected to miss at least 6 weeks with a hip injury.  However Vikings head coach Brad Childress still will have other offensive weapons at his disposal including Rookie of the Year explosive receiver Percy Harvin (migraines), Bernard Berrian, TE Visante Schiancoe, and latest-but-not-least RB Adrian Peterson (ran for 122 yards and three touchdowns in NFC Championship Game, but also lost two fumbles).  The Pro Bowl runner will no longer be sharing carries with Chester Taylor (Chicago Bears) so you can expect a 20+ carry night from Childress’ workhorse. Peterson has worked diligently on fumbling problems that plagued him last season — 20 total fumbles in 3 years including 7 in ’09 — so watch for tough runs behind Pro Bowl guard Steve Hutchinson in short yardage and goal-line situations.

The main key for me, will be seeing if the Saints defense can continue to beat-up and rattle Favre –- named a captain for the 2010 season —  as they did in the two teams’ last meeting.  In that game, Favre was never sacked but he was constantly hit and thrown to the ground –- left bruised and had a balky ankle that needed offseason surgery.  The pressure caused the 3-time MVP to get happy feet and to throw passes quickly rather than taking sacks.  The biggest play of the game, was of course caused by pressure initiated from Saints’ defensive mastermind Gregg Williams.  With the game tied 28-28 late in the fourth quarter, Favre sensing pressure, attempted a risky cross-field pass that was intercepted by Saints DB Tracy Porter (19 seconds left in the game) caused the game to go to overtime and we know how it ended. After the game Favre, said “I’ve felt better…It was a physical game. A lot of hits. You win that and you sure feel a lot better.”   So you know, No. 4 will want to wipe that horrible loss from his mouth in the 2010 opener.  But you have to wonder how ready he will be after missing the majority of training camp (reported on August 18th) and only playing in a few series of preseason game action.

Williams’ defense, led by MLB Jonathan Vilma (groin) and DT Sedrick Ellis, must get the loud Bayou crowd going to get Favre (ankle) and his high flying offense out of sync. It will be interesting to see how the Saints’ defense fares as S Darren Sharper (PUP list w/ knee injury), DE Charles Grant (Miami), DE Bobby McCray (released) and others will not be with the unit.  Expect to see a lot of the New Orleans great secondary –- 3rd in the NFL in takeaways/giveaways (+11) — in press coverage with S Malcolm Jenkins, first rounder CB Patrick Robinson, SS Roman Harper, and Porter (knee) leading the way in stopping Favre’s multitude of weapons.

On offense the Saints, ranked No. 1 in the NFL with an average of 403.8 yards per game in 2009, need to continue their explosiveness from last year -– scored a franchise record 510 points.  Of course, the number one player that Vikings defensive coordinator Leslie Frazier will be targeting is Super Bowl XLIV MVP, Saints QB Drew Brees (2009 numbers: 363-514, 4388 yards, league-leading 34 TDs, 11INTs and a league-best 109.6 passer rating).  But the Saints have much more than just Brees on offense.  They have a physical offensive line led by Pro Bowl RT Jon Stinchcomb and probably the best offensive guard in the league, Jahri Evans.  Plus a ton of fantasy football dream skill players including WR Marques Colston (kidney), RB Pierre Thomas, TE Jeremy Shockey, and others.

I think the player that probably deserves most of the Vikings’ attention, other than Brees, is explosive jitterbug running back Reggie Bush.  He may not soon have his Heisman Trophy, but there is no doubting Bush’s game-breaking ability.  “He’s a guy who can change the game,” said Saints head coach Sean Payton.  Surely the Vikings’ veteran defense led by Pro Bowl corner Antoine Winfield and All-World pass rusher Jared Allen (14.5 sacks to lead the NFC) will look to rattle Brees before he can get the ball to his speedy receivers (Colston, Bush, Robert Meachem and others).  You can also expect Payton to most likely help Brees by using his two-headed backfield monster of Bush and Thomas against the Vikings D-line led by the Williams Wall (DT’s Pat and Kevin Williams).

LV’s Pick:  This is a tough game, because both teams have a ton of weapons offensively and it is so early in the season.  In their overall regular season series, the Vikings lead by a count of 18-7.  But the Saints’ record at home since 2008 is 14-4 and Super Bowl Champs are 6-0 in the last six NFL openers.   The “X” factors of running the football and getting to the quarterback will be paramount in this match-up.  Though I expect a big game from a motivated Peterson, I still believe that Favre will be “rusty” after missing most of the preseason.  You can expect a high-scoring game, but the Saints, especially Payton and Brees, want to show the world that last year was not a “fluke”. The Saints home crowd will be rocking as their team opens their Super Bowl defense with a win -– Saints 31, Vikings 27