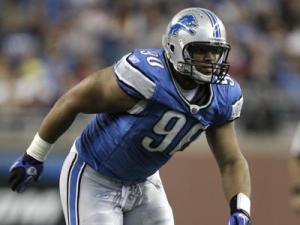 One of the more fun and sometimes excruciating parts of ending an NFL regular season is going back and reviewing my predictions from way back at the start of the season in early September.

Ouch…I had the Cowboys-Ravens in Super Bowl XLV.  Oh Well, at least some of my prognosticating, like Lions DT Ndamukong Suh being name NFL Defensive Rookie of the Year, was true

Okay let the reviewing – or is it laughing — begin

Dallas Cowboys — Let’s review…Wade Philips was fired, Romo was hurt early and the Cowboys had a 6-10 record, enough said.  As usual the Eagles won the NFC East –6th time in 12 seasons for HC Andy Reid.  But  in my defense who could have seen Kolb go down in Week 1 and Michael Vick playing at a Pro Bowl level

New Orleans Saints – Ok another mistake as the Falcons (12-4) won their 2nd division title under Mike Smith in 3 years.  However all season long the SB Champion Saints flew under the radar and now they are an 11-win playoff team (NFC’s No. 1 Wildcard and 5th Seed)

Green Bay Packers – Though the Bears bounced back with a nice 11-5 season to claim the NFC North (unseen by me), the Packers did finish 1-game back at 10-6 to claim the NFC’s No. 2 Wildcard Spot and 6th Seed

SF 49ers —  Please pass the antacid to Mike Singletary and myself.  The NFL’s worst division went to the Seattle Seahawks (7-9), who became the league’s first losing  record divison winner.  However the Niners were right in the mix until Week 16.

Atlanta Falcons  — Won division and had a good year behind Matty Ice Ryan.

Washington Redskins — Who could have anticipated the mess that was the 2010 Redskins…What was Shanahan thinking by humiliating McNabb, but I digress.

Indianapolis Colts – It took 4-straight wins at the end of the year, but I was right.  QB Peyton Manning and the Colts are machines.

Baltimore Ravens – At first I thought Pittsburgh and then wrongfully changed my mind.  The Steelers won the division at 11-5, but the Ravens did finish with the same record.

New England Patriots – When everyone was predicting the Hard Knocks NY Jets, I rightfully stuck with the Patriots (14-2).  The AFC’s No. 1 Seed played like a champion all season and Brady-Belichick look like they are in for another long playoff run.

Denver Broncos  — I thought this division was gonna get a makeover and it did.  But it was the upstart Kansas City Chiefs (10-6) that won it.  The Broncos finished a disappointing 4-12, fired head coach Josh McDaniels, and were an overall mess.

Cincinnati Bengals – Somehow Marvin Lewis kept his job after a 4-12 season.  I guess everyone was right when they predicted that Ochocinco-T.O would end in disaster.

AFC Wild Card Round: Cincinnati Bengals over New England Patriots (No Comment…just send mocking emails), Houston Texans over Denver Broncos (Go away and take my crystal ball with you)

AFC Divisional Round:  Cincinnati Bengals over Indianapolis Colts (Man…did I buy into Ochocinco-T.O), Baltimore Ravens over Houston Texans (Ray Lewis’ team still has a chance to save me)

AFC Championship: Baltimore Ravens over Cincinnati Bengals (Flacco will need to get hot to help me wipe the egg off my face)

Super Bowl XLV: Baltimore Ravens over Dallas Cowboys (You know I will be rooting for the No. 5 seed Ravens to make me proud in the playoffs)

NFL Coach of the Year: Marvin Lewis, Cincinnati Bengals (Hey.. the man was able to keep his job after a 4-12 season so he can’t be that bad.  Probably will be Bucs head coach Raheem Morris or Chiefs HC Todd Haley)

NFL Offensive MVP: QB Aaron Rodgers, Green Bay Packers (I still hve a chance at winning this one as the Packers passer almost had his 3rd consecutive 4,000-yard passing season, finishing with 3922 yards and 28 TDs.  And Rodgers did lead Green Bay back to the playoffs.  Probably will be Tom Brady in a landslide, but Eagles QB Michael Vick may have a chance)

NFL Defensive MVP:  OLB DeMarcus Ware, Dallas Cowboys (Ware did lead the NFL with 15.5 sacks so I do have a chance of getting this one right.  Probably will be Steelers safety Troy Polamulu)

NFL Offensive Rookie of the Year:  RB Ryan Matthews, San Diego Chargers (The Chargers first rounder limped his way to 678 rushing yards.  Probably will be Rams QB Sam Bradford as he almost led his team to the playoffs.  But in my defense the first overall pick is a layup for predictions)

NFL Defensive Rookie of the Year: DT Ndamukong Suh, Detoit Lions (This pick, I can hang my hat on as Suh was the dominator that I thought he would be.  The former Nebraska star produced 10 sacks, which was most by a rookie defensive tackle since former Niner Dana Stubblefield in 1997. Also I will take kudos for saying Chiefs safety Eric Berry would play well too)

NFL Comeback Player of the Year: WR Mike Williams, Seattle Seahawks (Though I think Eagles QB Michael Vick has this one wrapped up.  There is no denying the impact of this former Lions flameout on the NFC Champion Seahawks.  Williams was their main offensively as he produced numbers 65 rec, 751 yards, and 2 TDs)

Co-NFL Breakout Players:   RB Darren McFadden, Oakland Raiders (This is another prediciton that I feel good about as both McFadden and Knox produced in 2010.  McFadden finally was player we thougth he could be coming out of Arkansas – 223 rushes for 1157 yards, an NFL 4th best 5.2 ypc and 7 TDs.  While Knox had 51 catches for 961 yards and 5 TDs in leading Chicago back to the playoffs)

First Pick of the 2011 NFL Draft: University of Washington QB Jake Locker by the Buffalo Bills (Locker did not have the year anticipated at Washington, but he is expected to be a first rounder.  As for the Bills, they finished 4-12 and once again will be near the top of the draft (3rd spot).  However I am positive that the Carolina Panthers will take Stanford QB Andrew Luck with the first overall pick, if the quality underclassman passer declares for the draft.)

At least… there is always next season for a comeback or everyone once again telling me that I don’t know “Jack”.