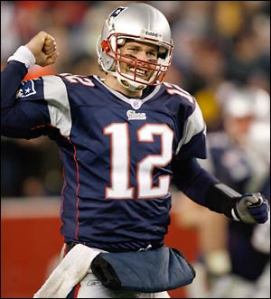 The temperatures have plummeted suddenly into the sixties, leaves are beginning to turn and there’s a certain crispness in the air that can only be broken by the perfect spiral of soaring pigskin. That’s right, the greatest time of the year, football season, is upon us again. Despite a 136-day lockout, the excitement around the NFL is at perhaps its highest levels ever.

As the opener draws closer by the minute, the time for me to sit idly by in hopes of avoiding making a Super Bowl prediction is rapidly drawing to a close. Preseason predictions are rarely worth the paper they’re printed on, but in this upside down world of teams sprinting through a nonexistent offseason, the Lombardi Trophy is truly anyone’s game this season.

Some teams have positioned themselves better than others with free agent acquisitions to finish their journey with confetti falling for Lucas Oil Stadium in Indianapolis. Meanwhile, some teams stood pat in an effort to draw on existing team chemistry to propel them to glory once again. All of these stories, subplots and themes for the upcoming season make for a wild ride for the next six months.

Matt Lombardo is the Philadelphia Eagles beat reporter and host for 97.3 ESPN in Atlantic City, NJ. Matt can be reached on Twitter @MattLombardoPHL