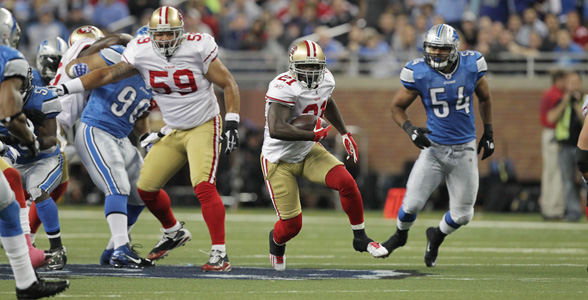 In the first six weeks of the NFL season, there have been 31 fourth quarter comebacks, the most through six weeks in NFL history. The 49ers, Falcons, and Patriots all came back from fourth quarter deficits to win games on Sunday.  The Dream Team got off the ropes with a win against the division leading Washington Redskins.  All of that and more in this week’s Huddle Up.

First, to the game everyone should be talking about.

In the game of the week, the San Francisco 49ers traveled to Detroit to take on the Lions.  They escaped with a 25-19 win.  That was their third win in the last four weeks in the Eastern Time Zone.  The last team from the West coast, to win three games in four weeks in the East coast, was the 1996 San Francisco 49ers. END_OF_DOCUMENT_TOKEN_TO_BE_REPLACED