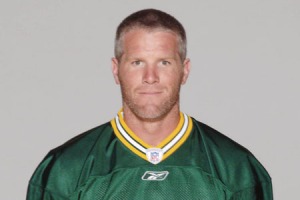 Hey Favre, Like Denzel says in the movie Training Day, “Make a Decision”

(Philadelphia, Pa) — With everyone from Colts head coach Tony Dungy to Newt Gingrich to Brett Favre’s Brother-In Law to every Wisconsin grandmother that just happens to be a Green Bay Packers shareholder/fan chiming in on the whole Favre fiasco, this story just will not go away.  Even though Favre has yet to officially entered his un-retirement papers with the NFL and the Green Bay Packers, speculation is everywhere.

All indications are that Favre will indeed file his papers – has not done so as of the morning of July 18th — to return to the NFL and thus putting the Packers on the proverbial “hot seat” at a cost of $12.8 Million (cap figure for 2008).  But I have one question to ask #4, “Why in the world did you need to take your fight to the court of public opinion?”  Favre needs to understand no matter how much that Packers GM Ted Thompson and head coach Mike McCarthy say they have moved on and that Aaron Rodgers is their man, that the future Hall of Fame passer overall still has the hammer in his hand.    C’mon the Packers were wearing the “black hat” immediately as the bad guy – How dare they question the deity of Favre???, the Packers won 13 games last year with the legend, Rodgers has no career starts, etc — with generally fans and media in the old gunslinger’s corner.

However by not quietly negotiating via his agent (Bus Cook), Favre is slowly getting on everyone’s nerves including his loyal subjects (fans).  Some of his quotes from his hissy-fit on Fox News (Part 1 and Part 2 courtesy of our friends at EMQB.com) are just a bit too much of Favre lamenting that he is the victim to stomach.  Here is a snippet from Part1 that I believe shows what I am talking about with Favre saying of his treatment by Thompson and McCarthy, “just say, ‘We’ve moved on. We’ll work with Brett on whatever it is.’ Don’t make up a lot of stuff or give half of the truth and say we want to let you be the backup and he’s got to understand and all this. I mean it’s ridiculous. It really is”.

Unfortunately this soap opera will only get worse as now the Packers have filed tampering allegations versus the Vikings for Favre talking to a former coach on their staff and this weekend’s most uncomfortable event definitely will be the number retirement ceremony for Favre’s friend and former center Frank Winters.  Favre is scheduled to be at the event in Green Bay and so are Thompson and McCarthy.

With Packers’ training camp set to open on July 27th at St. Norbert College in DePere, Wisconsin there are still a few days to clean this mess up, but who knows what kind of firestorm is on the horizon if Favre sends in his unretirement papers.  Hopefully Favre, Cook, Thompson, and McCarthy can get together at Winters’ event, so the public can know once and for all “If Favre is indeed coming back” as a Packer in ’08.   My gutt feeling is “Yes”.  But who knows maybe everyone will have to endure Favre in a Carolina Panthers or any other jersey, looking like a creaky and old Joe Namath in a LA Rams uniform.

Lloyd Vance is a Sr. NFL Writer for Taking It to the House and an award winning member of the Pro Football Writers of America (PFWA)